As an important component of data storage on PC, unfortunately, HDD occurs errors and failures with increasing frequency. One time of HDD corruption, it will not only cost time of OS reinstallation or replacement fee, more important but also the loss of valuable data. In terms of personnel, it is an irrecoverable memory. In terms of a corporation, it is a heavy disaster.

Therefore, it is very important to monitor the healthy condition, to make daily maintenance, to prolong the lifetime of HDD, to secure data storage, to improve your work efficiency and even to maintain the normal operation of the whole company. Please check step by step as following rules. 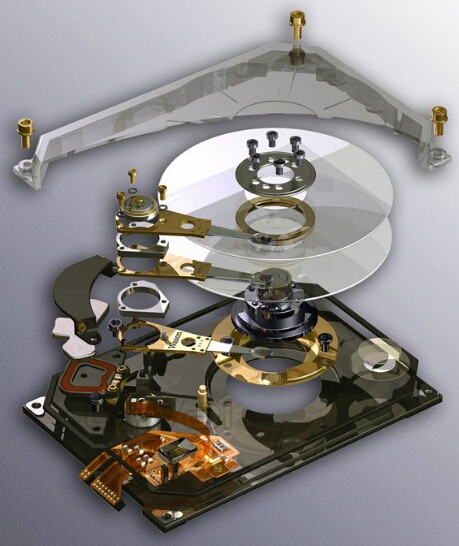 Unstable voltage can heavily impact the PC, specifically the HDD. If the voltage jumps up and down, it will make an unstable running speed of drive’s disk and even worse the lifetime of HDD. Causes of unstable voltage can be concluded as the following two points. Firstly, the power supply of PC has a bad quality. The second, the voltage of the grid is unstable. For the former reason, a good quality replacement of PC power supply will solve the problem. For the other one, a regulated power supply or a UPS( Uninterruptible Power Supply ).

2. No forced power-off while HDD running

When HDD is running, there will be a LED lighting or flaring of HDD indicator on computer case’s front. It is not good to force the host power off during that time because it will make your data lost and HDD physically damaged mostly during the time of HDD reading and writing( R&W ). An unintended power-off can be counted as a forced power-off. So it is necessary to improve the protection of power strip in the workplace in order to prevent HDD damage of unintended power-off which caused by kicking, misoperation and other manual factors.

Besides, high speed running mechanical parts of HDD will not stop in time as PC powered off. The disk can be damaged if the HDD is powered on again at that time. It’s better to be powered on after several minutes once the PC powered off.

3. No shaking on running HDD

Although the R&W head of HDD has not touched on the platter yet, the space between them is tiny few, the head still has a little weight. A big range of shaking can make the head knock on the platter, which can also make a data loss. Therefore, in daily usage of PC, especially the laptop, it would be better to handle it gently and not to knock on the shell of the computer case.

4. Do not enable “disk compression” on Windows

5.  A clean room where PC stays

Dust is the enemy of electronic devices for a lifetime. Keep the room clean, workbench clean are good for HDD usage even the usage of PC. Love your PC, love clean environment.

Working temperature affects the stability and lifetime of HDD directly. The ideal temperature of a running HDD is 20℃~25℃ and should not be over 45℃. Overheating has bad influences on HDD lifetime and performance of data writing. Data Security Center( DSC ) can monitor the temperature of running HDD in real time. When the HDD temperature is over 45℃, it is better to install a cooling fan on the computer case, to set A/C( Air Conditioner ) on a low temperature and to close some applications of PC. Ordinary PC users can directly remove the slide panel for cooling.( Notice: prevention of dust/water possibly sucked into the case )

“Scan Disk” program of Windows98, or other disk scanning programs on Windows98/ Windows2000/ WindowsXP/ Windows Server 2003 can help you a lot on disk check and even fix some errors while scanning. That will avoid a number of potential problems. After a period of usage, the HDD needs to be defragmented by the built-in tools in a low frequency.

Only certain of fatal error can be fixed by low-level formatting. For example, the partition table broke and cannot be repaired by other tools table rebuilding function. At that time, you can try to low-level format the disk. Even in that situation, only some sectors of the disk need to be low-level formatted rather than the whole. Because there is partition information stored in part of front sectors on the disk.

9. Prevention of virus and cyber attack

Most of the computer virus will delete the data on your drives while the program launched. Now some hacking programs will “lock down” your drives, such as the programs developed by bitcoins blackmailer who will “unlock” your drives while you pay their money on the popup page of contact. In the Internet era, the risk of this kind of blackmail now is increasing.

Same as a periodical diagnosis of a human body, it is quite important for HDD daily maintenance to diagnose the healthy conditions of HDD by DSC. It is good to know the health conditions of HDD in time and the transformation of each parameter. Before the occurrence of predictable risks such as actuator wore and aging hardware, you can backup important data and replace the disk. A simple, repeat and unchanged job is valuable to be insisted on and will show its value when an emergency happened.

Data security should be taken in an important position which does not have a problem to solve but risk to prevent. To pay more attention to repeat daily work as healthy diagnosis, it will help us protect the data assets in a natural consuming process of HDD. Of course, a good habit of PC usage is an important insurance of data security.